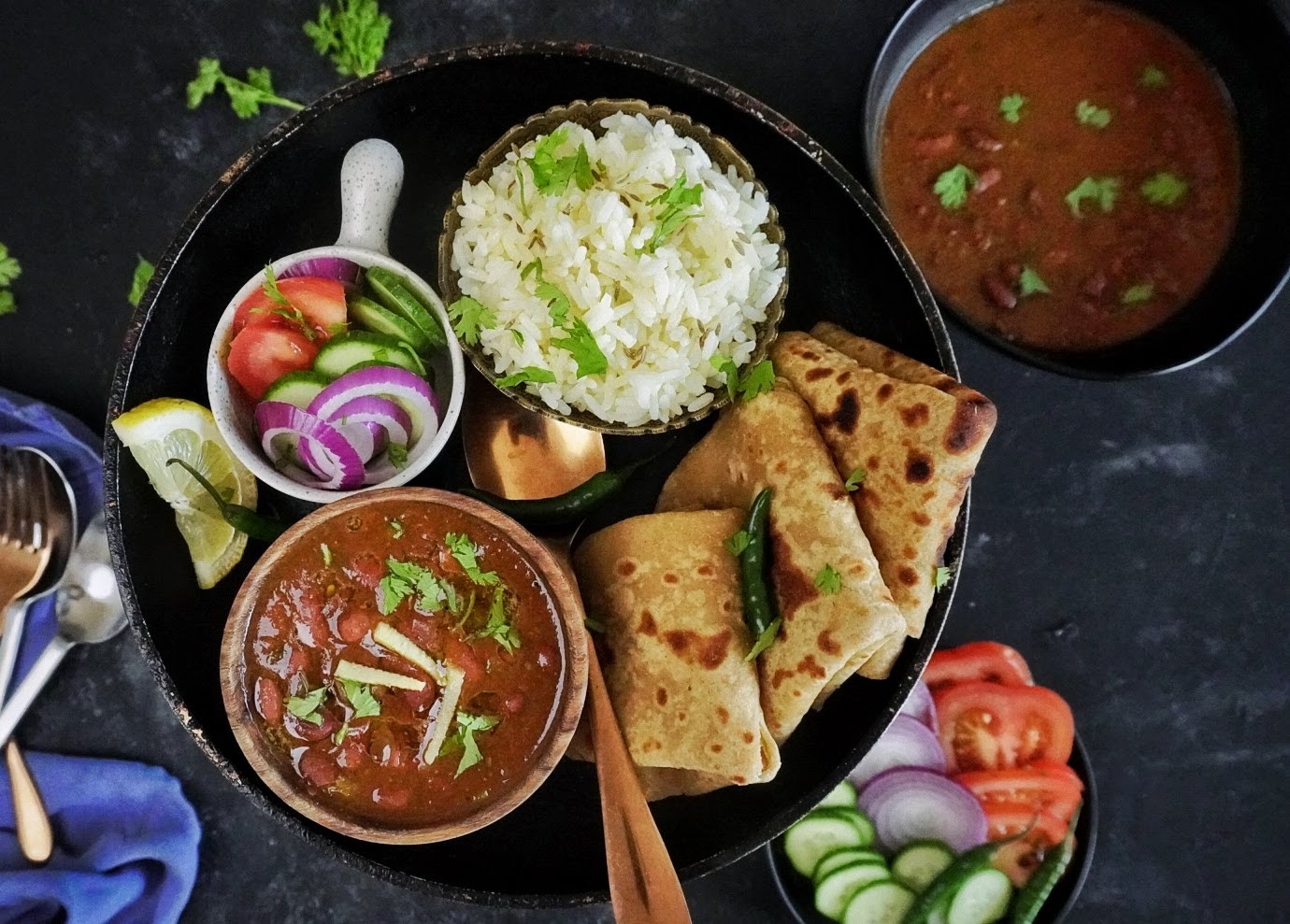 A little bit of tanginess. A hint of sweetness. And lots of flavors. When these three things combine, then we get a delicious Punjabi rajma (kidney bean). This is literally a true love for everyone. If you don’t know about True Love – Try Rajma Chawal.

My husband is a Punjabi and I am from Uttar Pradesh. Both of us love Rajma Chawal a lot. And both of us had a very different kind of rajma while growing up. In my home, we used to have a slightly sweeter rajma. But not like those sweet gravies/curries which you get in Gujarat. On the other hand, Jatin’s mom makes it very simple, with more tomatoes and less onion, and fewer spices. Both were absolutely different in taste and both are undoubtedly delicious.

When we got married and made Rajma for each other, we just couldn’t enjoy it as much as we did earlier. Making two different versions of rajma as per our individual liking was off the table. Then I started experimenting more with Rajma to get the taste that we both can enjoy. It took several attempts but finally, I did it. Now Jatin loves my rajma so much that sometimes he even licks the plate. Yay. It has a hint of sweetness that he doesn’t mind and a little bit of sourness I love. That’s the secret of our happy marriage – A Perfect Rajma 😀

If you don’t have time, watch the video instead.

TIPS TO MAKE IT RIGHT

ADJUSTMENTS – YOU MAY WANT TO MAKE

Now let’s grab all the ingredients because we are ready to make one delicious meal – Rajma Chawal. Make it for lunch or brunch over the weekends. It is quite easy, healthy, and like I said – A True Love. By the way, if you never tried rajma with aalu paratha, try it with the leftover rajma. It tastes so very good.

If you try this recipe, please share the photos on Instagram and tag us too @marriedfriends. We love to see your recreation of our recipes.

A Recipe for Happiness.

Which Rajma is best to make Punjabi Rajma Recipe?
+

There are different kinds of kidney beans / rajma. You can use any of these two to make a delicious Punjabi Rajma:

Some people like chitra rajma or some like red kidney beans. I mostly prefer red one because it makes a beautiful red colored gravy which I love.

Can I eat Rajma at night?
+

Although Rajma is rich in proteins and fibers and very healthy to eat. But it may upset your stomach if you consume it for dinner. If you have digestion problems, avoid eating it over dinner.

How to boil or cook rajma perfectly?
+

Wash and soak rajma overnight or at least for 6-8 hrs. If you don’t have time, soak it in hot boiling water for 1 hour. Add the soaked rajma in a pressure cooker along with water. Make sure the level of water is 2-3 inches above the rajma level. Cook on high flame and after one whistle, lower the flame and cook it further for 15-20 minutes. Overall time to cook rajma completely is around 25-30 minutes. Time may vary depending on the type of Rajma used.

What are the different ways to cook rajma or kidney beans?
+

Before cooking rajma, always wash and soak them first for at least 6 to 8 hours, if not overnight. Then use any of the following methods to soften them completely: